The art of wedding videography

What should our readers know about you?

I’m Naomi Raiselle. In 2004, my husband, Jack Brotman, and I created GENERATIONS cinema stories, producing wedding films and love stories. I am also a therapist, relationship coach, and wedding celebrant. We were the first wedding videographers EVER to win the prestigious Best of Boston Award from Boston Magazine in 2008.

We are frequent A-list winners and have been awarded numerous times by ILEA (International Special Events Association) and by NACE (National Association of Catering and Events). We are, however, less concerned with awards than we are that our couples are happy with our work. We pioneered the first person narrative in wedding videography.

”I love capturing people and their stories on one of the most exciting and meaningful days of their lives.”

I became a wedding videographer by accident. In 2004, Equal Marriage was about to become law in Massachusetts. My husband, who had been primarily a corporate videographer for over a decade and I were invited to exhibit at a joint Bloomingdales/Lenox Hotel, first same-sex wedding expo in MA.

At the expo, we met several delightful couples, who took our hastily created business cards. One of them called a few days later when the SJC ruled to allow same-sex marriage. They were one of the 7 plaintiff couples that fought and won the case. They asked if we were available to film their wedding that Monday - the first-day Equal Marriage was law in MA. and further, they asked, if we minded meeting with them on Thursday prior because a news team wanted to film them meeting with their videographers.

We agreed, we met with them, and the following Monday I picked up a video camera for the first time to film their wedding with Jack. I was interested in the historic story that led up to their wedding day. Telling and listening to people’s stories was something I always did - whether as an English teacher or a therapist or a coach.

I love capturing people and their stories on one of the most exciting and meaningful days of their lives. I also wanted to raise the bar on wedding videography. Most of them in 2004 was stupid and boring, with lots of super slow motion and little or no live sound.

”Our approach is NOT to have a shot list, but to film almost everything, often from multiple angles, then see what works later in post-production. We like the moments BETWEEN the expected shots since those are the ones that show character.”

What does your day at the wedding itself look like typically?

The “day at the wedding” usually starts several days before as we charge many batteries and assemble the right gear for the wedding. Usually, we have 4-5 DSLR/mirrorless cameras with lots of lenses, microphones of various kinds, light stands, tripods, lights, cables.

If it’s a straight wedding, I start with the bride an hour before the photographer arrives, so I can chat with her and her bridal party on camera, undisturbed. While she is getting hair and makeup done, I will casually hang out filming details (dress, shoes, bag, jewelry, flowers) and chatting with everyone on camera. My husband will do the same with the groom.

We often attend the rehearsal dinner as well in order to meet the wedding party and to capture the more intimate toasts that typically are offered at the rehearsal dinner. Our third filmmaker will then start filming decor while we film the first look. Then Jack will head over to the ceremony site to mic the site, set up an unmanned camera in the balcony (if it’s a church) test the frequencies for interference, and if necessary, set up a light or two on stands.

What locations, backgrounds, or places result in best videos?

We’ve filmed weddings in backyards, in botanical gardens, in high- end hotels, museums, restaurants. The venue is not terribly important, as our work focuses on the couple, their close friends and family and the relationships there. We have a specific way to film based on the timeline produced by the planner.

Our approach is NOT to have a shot list but to film almost everything, often from multiple angles, then see what works later in post-production. We like the moments BETWEEN the expected shots since those are the ones that show character. The expected shots are often boring (think: the first kiss). We are interested in what makes this couple, this wedding, different from others.

”We offer trailers, highlights and feature edits, with all packages including unedited full ceremony, first dance, parent dances, all toasts.”

Do you offer any packages?

Yes, we offer small, medium and large packages. Most moments are filmed with at least 2 cameras for interest and editing. Ceremonies are filmed with 3-4 cameras with positions determined in advance so that no - one needs to move ( causing distraction) during the ceremony except during the processional and recessional.

We offer trailers, highlights, and feature edits, with all packages including unedited full ceremony, first dance, parent dances, all toasts. We do not use drones. They make distracting noise and are dangerous. Also, we film what will have value in the future, and think that drone shots, like super slow-motion, will look dated in the future. We like first-person narrative and point of view and no-one I have ever met has the perspective of a drone.

Tell us something fun or unexpected! What is the most unusual wedding or event that you ever filmed?

The first same-sex public wedding in Boston was beyond exciting as the crowds that showed up to celebrate were huge and enthusiastic. The moment the couple was pronounced “married” at the Arlington St Church a huge, joyous shout rose in the church that I will never forget.

More recently, we filmed a Kazakhstani Bride’s Party at the Boston Harbor Hotel. The people, the ceremonies, the decor, and costumes were all stunning and the wedding itself was magical - filled with dance performances and live music.

”Our work really starts once the wedding ends. Once we get home, often after midnight, we copy all the cards and back them up.”

What does the process look like after the wedding day?

Our work really starts once the wedding ends. Once we get home, often after midnight, we copy all the cards and back them up. Usually, Jack and I are up until the morning watching parts of the capture. We don’t sleep until we know that everything was captured perfectly.

Once we get to editing the project, it usually takes a week or more of full time editing with the director (me) and senior editor (Jack) to complete a project. Since current MA sale tax law requires that all media projects delivered in “tangible goods” be taxed and media delivered online via link is not taxed (at the moment. We expect that will change shortly) we deliver online via downloadable links. If the couple wants, we can deliver on a flash drive (DVS are SD, not HD) but will need to charge sales tax on the full t cost of the project.

If you could ask one thing of the grooms and brides that would make your job at their wedding easier/smoother, what would it be?

Include extra time in the timeline for transitions. Invite us to the rehearsal and rehearsal dinner. 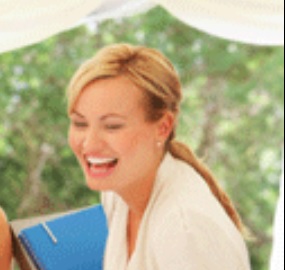