Outrageous Weddings Throughout History (Updated for 2022)

If you are planning your wedding, you are looking for that perfect day that will celebrate your love for eternity. That’s the fairy tale for which you have been waiting. Unfortunately, some weddings are just a bit off. Instead of the things dreams are made of, they can be the basis of many a nightmare to come.

We hope your wedding is a dream come true. To see how lucky you are, read about a few weddings that turned out … a bit different … to say the least.

Late in the afternoon on August 26, 1965, 132 couples, some with parents, descended en masse onto Las Vegas, America’s wedding capital. They came from every part of the country, by whatever means available. All of them came to get married, and Las Vegas seemed the obvious venue. 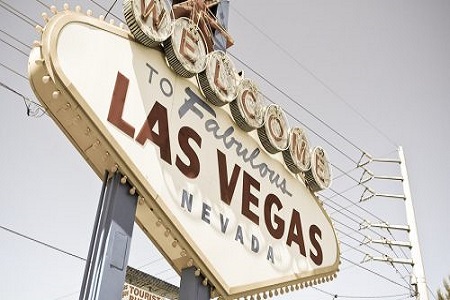 Had Cupid’s arrow run amuck? Not really. These couples may have been in love, but their haste in getting married had an entirely different cause.

Earlier that fateful day, President Lyndon B. Johnson had announced the reinstitution of the draft. Any male between the ages of 19 and 25, if single by midnight, would be eligible for military service and would likely end up seeing combat in Vietnam. Within hours, or even less, couples were on their way to Las Vegas. The line at the County Clerk’s office spilled into the hall and out to the street. Police were called to contain traffic. Some of the couples headed for the city’s famed wedding chapels.

Trading one war zone for another? Who ever thought of Lyndon B. Johnson as a successful matchmaker?

He’d Be a Great Match on Tinder, but …

Back in the 11th century and beyond, royalty married for political advantage and heirs. Love rarely figured into the equation. Some royal couples didn’t even meet before their wedding day. Maybe it would have been best for some if they’d never met at all.

King Philip Augustus of France looked great on paper. Rich and young, he seemed to be a good catch for any lady. His choice turned to Ingeborg of Denmark, whose parents promised a substantial dowry. Ingeborg is described as lovely and kind. What could go wrong?

Philip Augustus and Ingeborg meet on their wedding day. Following the wedding night (what on earth happened?), Philip Augustus immediately wanted the wedding annulled. When Ingeborg objected, he sent her to a convent. Without benefit of divorce, he married Agnes of Merania.

When the Pope refused an annulment, the royal roux acknowledged Ingeborg but keep Agnes as a mistress. Furious that she’d dare complain to the Pope, he held her prisoner and tried to starve her.

They never lived together. Most would say that was just as well. Later reports indicate the marriage was never consummated because Philip August was … unable. This could explain his fury following the wedding night. Definitely not a match made in heaven.

It’s great to save on your wedding gown, but DO wear something other than a smile.

In 2013, nudist advocates Gypsy Taub and Jaymz Smith were married in San Francisco’s City Hall fully dressed. As they left the building, they removed all of their clothes while on the sidewalk. Gypsy did keep her veil as she and her husband celebrated naked wedded bliss to the sounds of a mariachi band.

The police soon arrived and wrapped the happy couple in blankets. It’s great to save on your wedding gown, but DO wear something other than a smile.

During the 60s, Tiny Tim was a relatively unknown nightclub performer when his song, “Tiptoe Through the Tulips,” sung in a strangely high falsetto, became a hit and brought Tim some measure of fame. People started to recognize his name.

In December of 1969, Tiny Tim went on the Johnny Carson show to marry his inamorata, Miss Vickie on live TV This was long before celebrities turned their weddings into a televised affair. This was huge and made for terrific entertainment. Twenty-four million viewers tuned in to the Johnny Carson Show to witness the event. Alas, the marriage didn’t last, but few who witnessed it would forget the actual wedding.

New York City’s Madison Square Garden has seen a lot. Perhaps one of the strangest happenings at this landmark building was the 1982 mass wedding officiated by Unification Church leader Reverend Moon. Four thousand men and women, all members of the church, were simultaneously married by Reverend Moon. They came from 12 different countries, many couples not speaking the same language. Most had never met before gathering in the huge arena and being paired up with a mate.

What’s amazing is not that 25 percent of these marriages ended in divorce, but that 75 percent of them actually survived. Some of the children of this mass marriage have participated in their own mass group wedding.

When Vanisha Mittal married Amit Bhatia in 2004, money was no object. The daughter of one of the world’s richest men entertained 1,000 guests in style at a cost of $60 million. No budget problems here. Guests were imported by private jets and made comfortable at luxury hotels. The ceremony took place at France’s Palace of Versailles. Entertainer Kylie Minogue was paid $330,000 for her performance.

Maybe money can’t buy happiness, but you sure can use some to lease it for a while. Regrettably, this very expensive wedding did not last.

When is a Wedding not a Marriage?

The future George IV of England collected women and gambling debts the way some men collect stamps. One woman, however, did catch the prince’s eye. Mrs. Fitzherbert, a most respectable and lovely widow. Although he pursued her, she kept her distance. She didn’t want to be a mistress, and it was out of the question for a commoner to become anything more.

The Prince of Wales proved to be a determined suitor. When all else failed, he took drastic action. Mrs. Fitzherbert received a visit from the royal physician, who indicated the distraught prince was suffering from self-inflicted stab wounds and wanted to see her.

Mrs. F. rushed to his side. The prince was seriously wounded and bleeding profusely from his suicide attempt. He demanded that she marry him. Not knowing what else to do, she agreed.

On December 15, 1785, George and Mrs. Fitzherbert were married by a priest named Mr. Bart.

According to law, British royalty may not marry without the king’s consent. Mrs. Fitzherbert knew she’d never be acknowledged. But she did consider herself properly wed, and they lived in dubious bliss for several years.

At that point, the prince’s father, George III, stepped in. He refused to accept his son’s marriage and demanded he take himself a royal bride. In return, the king promised to pay off his son’s gambling debts. Having little choice, George married Caroline of Brunswick, tossing his true wife aside without benefit of divorce.

The marriage between George and Caroline was a disaster, and they soon lived apart. When George IV died, he was buried with a picture of Mrs. Fitzherbert.