Wedding Cost by State (Updated for 2022) 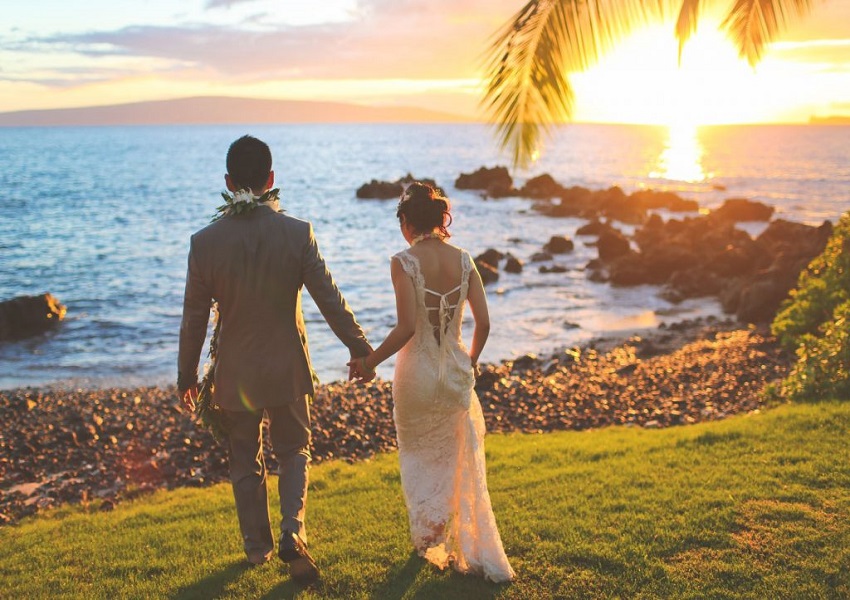 We don’t mean to argue with Paul McCartney, because we love the sentiment. However, anyone who has gotten married lately knows just how far Sir Paul was off the mark. While the average wedding price in the U.S. is allegedly around $31,000, it doesn’t come close to telling the whole story. It’s like asking what is an average American? There is no such thing.

Where you live is the most critical cost factor when it comes to your wedding. As a matter of fact, you can pay twice as much for the same wedding, depending on location. The parents of the bride are no longer footing the entire tab, which can be astronomical.

These days, the happy couple and her parents pay approximately 40 percent each, with the remaining cost being picked up by the groom’s parents.

Close to half of engaged couples go over budget, a quarter meet their budget, while just under a quarter of couples don’t make a budget. The wedding venue, of course, accounts for the largest portion of getting married, with the ring coming in second.

With so many couples going over their wedding budget, let’s take a look at the states that will most strain your wallet, and those that will let you get married without breaking the bank.

Most Expensive States for a Wedding

It probably comes as no surprise that Manhattan is the costliest place in the U.S. to tie the knot. The average wedding – that’s average, mind you – will exceed $75,000. For something really spectacular in the Big Apple, be prepared to pay $105,000 and over.

Manhattan is prime real estate, and a wedding venue can cost between $15,000 to $42,000. The high spenders in Manhattan are also opting for top-end gowns, paying an average of $2,000 for that wedding dress.

It’s not just the venue that hikes up the price of a Manhattan wedding. The cost of a band in Manhattan can exceed $8,000, which is $1,000 more than in most other cities. Of course, Manhattan does have some of the most splendid venues for a wedding, such as the Rainbow Room or the Boathouse in Central Park. You might not be able to buy love, but you can surely rent it for a few hours.

By Illinois, we mean Chicago. If you plan on getting married in the Windy City by Lake Michigan, expect to pay almost twice the national average, $60,000. Chicago has some incredible venue choices, which drives up the cost. The Chicago History Museum, the Field Museum, and the Ivy Room are popular locations for Chicago weddings, and they do not rent on the cheap. The average Chicago wedding venue is just over $21,000.

Like Illinois, Pennsylvania ranks high on wedding costs due to the many expensive choices in its capital, Philadelphia. An average wedding in Philly will set you back over $44,000, with the venue alone costing around $20,351. While the U.S. average cost-per-head is around $68, it is close to double at $109. At $3,306, wedding photographers are a whopping $750 more than nationally.

You wouldn’t expect the small state of Rhode Island to be among the most expensive places to have a wedding. But, you might not be considering Newport, where the crème de la crème love to mingle and outshine each other. Newport still reflects the Gilded Age of opulence with its mansions and historical wedding venues. Some of these remarkable venues include Aldrich House and Eisenhower House.

The average wedding venue will set you back over $22,000, the sixth most expensive in the nation, and close to double the national average of $14,000. In Rhode Island, the venue usually constitutes more than half of the entire wedding cost. Interestingly, wedding planners in Rhode Island cost a mere half of the national average, under $1,000. Perhaps the butlers do much of the planning.

The average wedding in California is around $40,000, still considerably lower than Manhattan. The reason California wedding’ costs aren’t closer to Manhattan might be that California’s show biz trendsetters frequently fly their guests to a charming island, far from California itself, for their million-dollar wedding extravaganzas.

However, the fabulous beaches, the Sierra Nevada Mountains, and Napa Valley provide some of the most popular venues, which accounts for the higher than average wedding costs. Still, many Californians opt for a more casual atmosphere. At least 20 percent of couples in the Santa Barbara area opt for simple, rustic weddings instead of elaborate and fancy, thereby keeping the overall cost down when compared to New York.

Least Expensive States for a Wedding 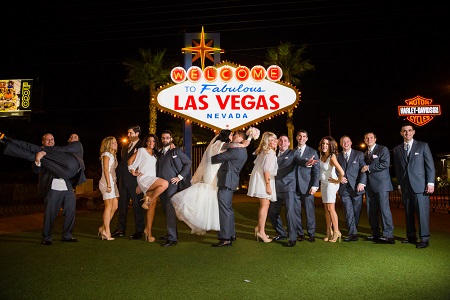 The winner in the least expensive state in which to get married is Arkansas, where the average wedding costs a mere $19,500. Only a quarter of couples spend over $20,000. Arkansas has some wonderful rustic venues that are perfect for a wedding, at an average of $6,500. With the venue only one-third of the entire cost, there is tremendous flexibility to splurge on other wedding necessities.

Getting married in Utah will cost you approximately $20,000, a mere one-third of the national average. With so much beauty to choose from, from the Rockies, several national parks, and ski resorts, as well as the Great Salt Lake, you’re getting a lot of natural splendor for free. Whether you’re getting married at a ski resort or a ranch, you’ll be surrounded by magnificence at no extra charge. Close to a quarter of wedding ceremonies are outdoors

Weddings in Utah are almost the opposite than the ones in California, where casual reigns. In Utah, 84 percent of couples go for formal.

It’s not surprising that Nevada is a bargain state for weddings. It’s where they do drive-thru weddings in Las Vegas, after all. The average wedding in Nevada tops just above $23,000, but there’s nothing average about this country’s wedding capital.

Your choice of 24/7 wedding venues is almost unlimited in Las Vegas, where casinos hotels never close. There are blocks where you can find several little white wedding chapels lined up side by side, open at all hours.

While Vegas never closes, hotel prices automatically double during holidays, when tourists flock to the city, so those times make local hotels less of a bargain.

If you’re in Nevada and want to forego the glitz, Elvis impersonators, and neon lights, northern Nevada, with Reno and Lake Tahoe, provide lovely options for wedding venues.

For anyone who appreciates spectacular scenery, Montana can’t be beat. It is surely one of the most beautiful places in the country. No matter where you are in Montana, you are surrounded by trees and mountains, with fresh pine scent wafting through the air. If you prefer water to trees, Great Falls, Montana, by the Missouri River has five picturesque waterfalls.

They do things big in the Lone Star State, but you get still get married for an average of $25,000. The exception is the City of Houston, which exceeds the national average by about $1,000. That may be due to the large number of formal weddings in Houston.

Most of the rest of Texas is strictly casual, where groomsmen may arrive in jeans and booths. There are wedding venues galore, but the favorite may still be a delicious backyard bar-b-que.

Obviously, the price of a wedding can vary widely, depending on where you live. It does seem that the further you are from a large, metropolitan area, the more money you’ll be able to save.